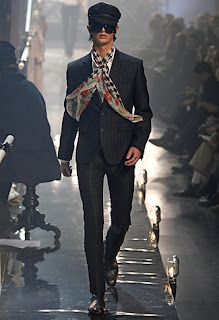 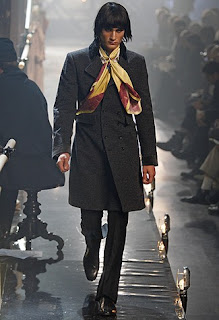 "The idea of hope, discipline, dreams - the way he fled Russia" - John Galliano
As clever as he is with a rather magical ability to transform fabric into a vivid and wonderful story, John Galliano has once again dazzled the fashion industry with his ode to the late ballet dancer, Rudolf Nureyev. The couturier's Fall 2011 menswear collection whimsically chronicled the years of the Russian dancer featuring models walking a dark runway depicting several segments of the ballerino's adventurous life. In what could be viewed as a nod to Nureyev's brave defection from the Soviet Union in 1961, the presentation began with snow falling over models sporting chunky coats and massive boots necessary to battle the harsh and quite unforgiving Russian winters. Segueing into a more sleek and tailored theme, referencing Nureyev's dancing and party lifestyle, Galliano's collection progressed with classic double-breasted overcoats in both fur and wool to beautifully colored silk scarves wrapped around models donning classic suits and shirts. Ending with a typically roaring applause, Galliano graced the catwalk after what may be easily referred to as his best menswear collection yet. As always, well done, monsieur :). 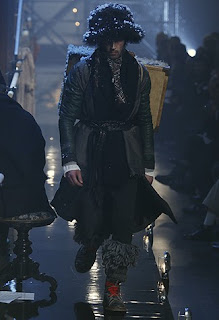 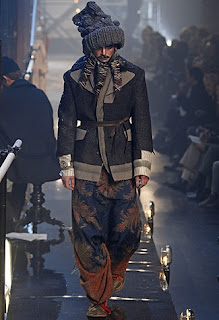 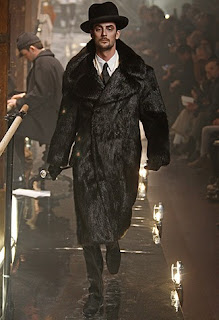 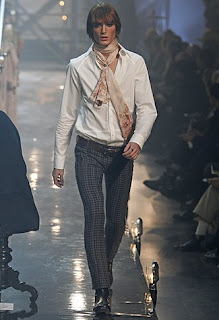 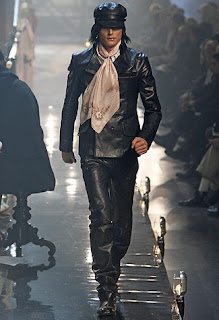 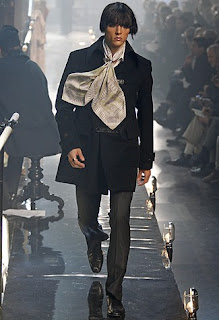 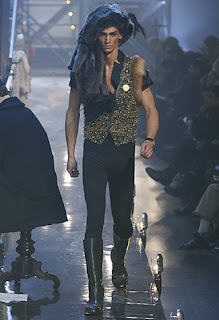 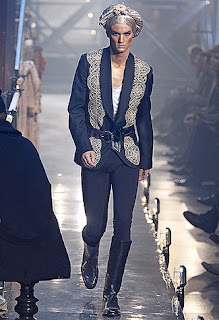 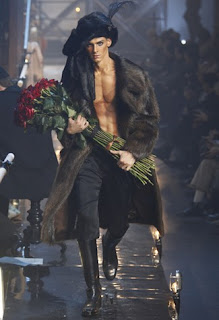 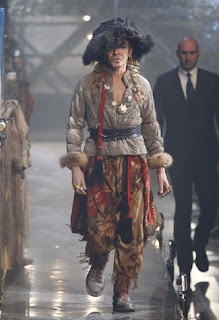 Photos courtesy of WWD
Posted by Boy Chanel at 1:39 PM